Warning: "continue" targeting switch is equivalent to "break". Did you mean to use "continue 2"? in /home/sherid14/public_html/mellettecountynews.com/templates/gk_news/lib/menu/GKHandheld.php on line 76
 Lady Tiger season comes to an end 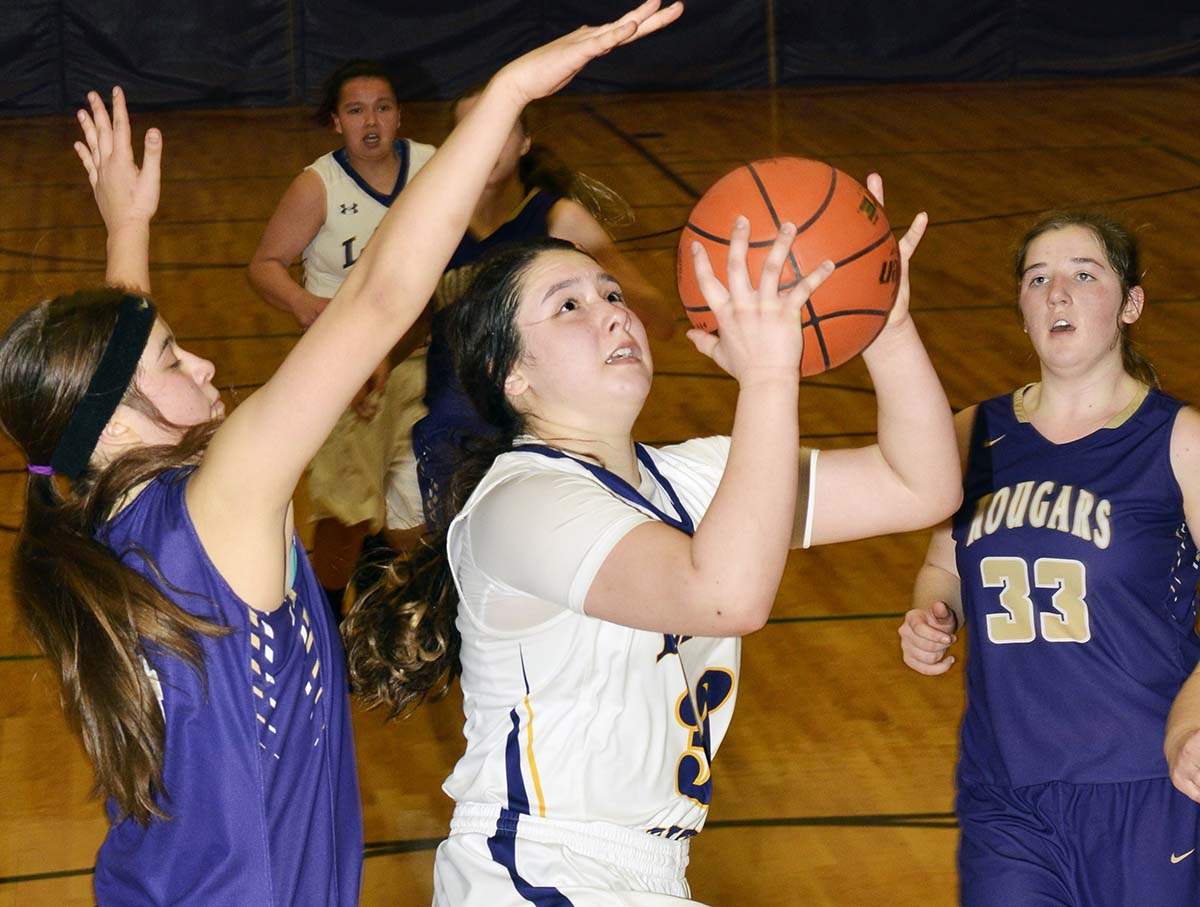 The White River Lady Tigers play Kadoka in the semi-final round of District 13B in Kadoka.

The match up was the third time the two teams had met this year.  The Lady Tigers won the first match up in the first game of the season and then lost to the Lady Kougars in the Souther Plains Tournament.

The second half saw the Lady Tigers fighting to get back in the game with a score at the end of the third, 44-49 still in favor of Kadoka.

The final quarter saw the Lady Tigers getting into foul trouble and losing three key players. The Lady Tigers came within six of the Kougars and never quit and in the end came up short. The final score was 60-71. Kadoka went on to lose to Lyman in the championship of District 13B by a score of 66-46.